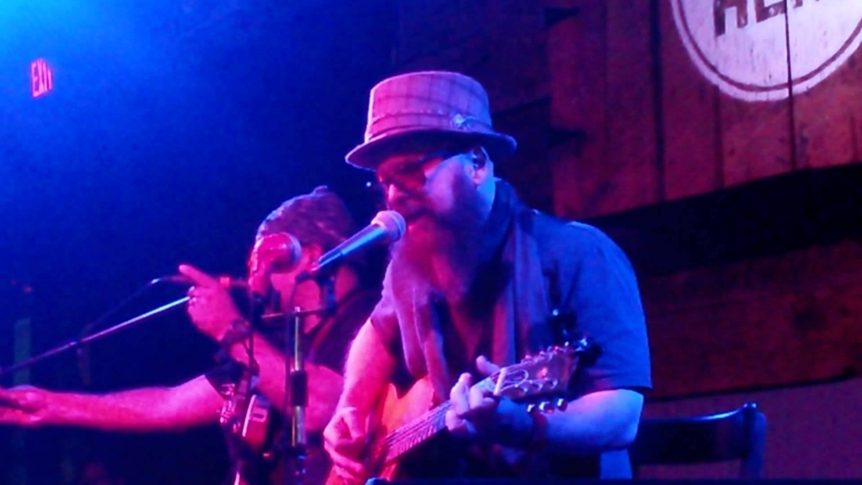 We’re really excited about this one. Jordan has opened for Angie before but this will be truly special. Angie has had a battle. I’m talking about the kind of thing that haunts us all…he had a stroke and became unable to perform. Take a look at the rest of the article below to get an understanding of how truly incredible it is that Jordan is getting to open for him once again. We can’t wait.

“Angie Aparo, in the 31 years of presenting shows in Chattanooga, continues to be the finest singer I’ve ever heard. There, I said it. I know everyone may have their favorites, but Angie is mine. I’ve watched his career over the 20 years. From the highs of performing for Clive Davis, having a number one song or performing live with Faith Hill in the countries biggest venues to suffering a stroke and forgetting his own lyrics, Angie has seen it all. After 10 years, he has created a new album. Here is your chance to hear one of the great voices in music. Please read below, a message from Angie.”- Mike Dougher

Its hard to believe I haven’t made a record in ten years…but here it is:

‘Life is a Flower, Life is a Gun.’ This album was made during the most painful time of my life, my stroke and then subsequently, my divorce.I was only a third of the way done with the album when I suffered the stroke but with God’s hand, I was able to re-learn my music and write (and rewrite) the album to completion.

When I was able to return to the studio, I was afraid my short term memory would never come back so I had a crazy idea… I decided to remake the album with Siri. “Maybe Siri can be my rapper”, I laughed to myself, “maybe she can recite the verses I’ve written and I could read a prompter to sing the choruses over her…maybe it’s just crazy enough”, I wondered?

So I began. I asked Siri to read back my poems as I held my phone up to the microphone. And it worked! I sang short pieces of music, balancing them cautiously around her recording’s of my poems. But little did I know, something miraculous was happening.The first song I made with Siri was ‘Church Bells vs the Television’.

It took months to complete but I would soon find out it was the best therapy for the language problems I had acquired from the stroke.

Beside my short-term memory issues, I had acquired a subtype of aphasia. Simply put, my brain knew the names of everything sitting on the table in front of me but my mouth couldn’t tell you what they were! Ugh!

Six weeks into the making of ‘Church Bells vs the Television’ I noticed something happening. I realized my interaction with Siri, my relationship to words on the page (in my phone) were changing. And my memory of those words were growing!

Over the course of the next eight months, and with enough of my abilities returning, I was able to finish the album (only needing Siri to help me with a few of the songs). And obviously, these are the most meaningful songs on the record for me!

Note to self: It’s easy to fall in love with a robot when it’s helping you survive and recover from a tragedy.

So here it is:

12 songs about love, life, death and the power of music (and Siri)